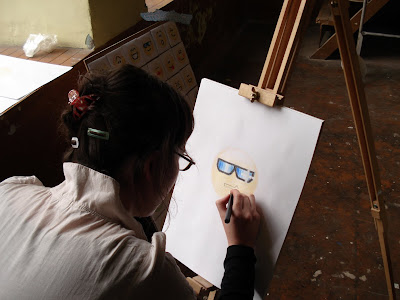 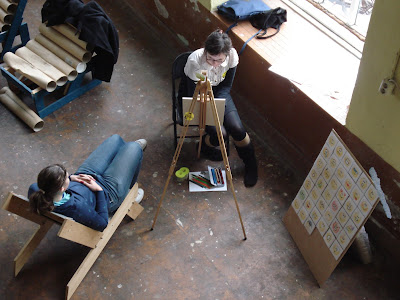 "The idea to my project appeared when I discovered that Skype has been developed in Estonia. I decided to transfer a part of the Skype iconography into the physical dimension. I will perform as a street portrait artist, but under the restriction that I will interpret peoples´ faces as Skype emoticons. By doing this I want to compare the questions of individual expression in different fields of interaction. The translation of an original emotion into its symbolic equivalent in the online world also occurs in the portraying process. In the portrait however the emoticon regains an individual touch of uniqueness because of the artist´s handwriting. An interesting point for me is also the play with expectation and disappointment. There will not be any mentionable similarity to the person in the emoticon. But it is a face in the end."

Additionally I am making animated versions of the emoticons and also send them to the portrayed persons: